Get to know more about the latest rotation news and how it was changes specifically for this year, and a brief analysis on how it impacts the current Standard format.

Hello everybody! I'm Rodrigo, bringing you more Pokémon TCG content. Let's talk about a controversial and important issue that was given this past week (as of June 22, 2022) regarding the decision to change the

of the Sword/Shield block format cards — which in 2022 it won't be at the beginning of the second semester as is natural, in every year, being

to 2023. “But, what is Rotation?” For this, I will explain to you about the theme and origins and its importance in competitive until we reach the conclusion.

The Rotation: Origin and justification

What is rotation in Pokémon TCG?

Rotation is a modality applied since the remote times of the franchise, both for the Pokémon Company (representing Japan — where the application of Rotations is different from the west and applied

in the Japanese country with its own rules) and the Pokémon Company International (representing the West). In these rotations, to value rotation of cards and new expansions of a block (there are differences between the Japanese and American blocks), at each generation around the beginning of the second half of that year,

Acronyms in the cards

And to organize these cards that would be “rotated” out of the Standard format more cohesively, Pokémon established acronyms with letters on the lower-left side of the cards, close to where the expansion, numbering and rarity symbols remain. There they were written in these expansions mentioned above as category "D", that is, all cards with that acronym would be left out of the format after the second half of 2022, and only cards with acronyms "E" and "F" would be legal, or that is, taking expansions from Sword/Shield: Battle Styles to Sword/Shield: Lost Origin – which will release in August of that year. Classification and identification example: “But where did these acronyms come from?” The first way to use the acronyms and “standardization” of these cards to make it easier for players to read was introduced in Japan (from September 2019) since the Sun/Moon block in this way: -

: Sun/Moon: Team Up, Detective Pikachu, Unbroken Bonds, Unified Minds, Hidden Fates, McDonald's Promos 2019 (International), McDonald's Promos 2019 (France) and Cosmic Eclipse. However, for Western releases, when the Sun/Moon: Hidden Fates expansion came out where this expansion mixed some playable cards in the standard format at the time it was released in 2019 with some Shiny Pokémon Trading Cards like Charizard-GX sma SV49, Ho-Oh-GX sma SV50, Rayquaza-GX CES 177, Zoroark-GX SLG 77, and Trainers Full Art cards that were past the rotation and could no longer be played, such as Cynthia sma SV82 and Guzma sma SV84 (to name a few quick examples), these special cards were ranked “A” in its description in the prints.

Then, starting in 2019, Pokémon started to solve the reading issue for players, whose cyclical situation could alternate and change as the years went by, always leaving them in questions of hypotheses and previous deductions of uncertain investments of cards and uncertainties for keeping their decks up to date, in certain respects.

About Japanese and American expansions

The main Western expansions are actually a mix of two Japanese expansions, which are compressed into one for the international version.

What are compressed expansions?

Simple example: take the Sword/Shield: Astral Radiance expansion (the most recent release of a main block expansion). It was a mixture of two Japanese expansions converted to the West: "Time Gazer" and "Space Juggler". However, the frequency of releases of the Japanese expansions is more frequent than the international version, being almost monthly. They always have an advance on expansions, while we, from the rest of the world, have to wait every three months on average for a major expansion to become available, as in the case of Astral Radiance, which was at the end of May, and we will wait to Lost Origin for mid-August. With this, we can unravel this following analysis and show that the Japanese have a certain advantage, based on the line of reasoning with these data: 1) Japanese expansions are released first; 2) Then, the western (international) expansions; 3) Western rotations are shorter and last a short time; 4) And finally, Japanese rotations come a bit later, lasting longer, almost a year, taking longer. With that, the Japanese always have access to the cards earlier than in the rest of the world, and they have more durability with the use of the cards and the Metagame works differently from what is treated for us.

Now with the whole story told about the origin of the acronyms identifying the cards, origins and concept of Rotation, let's go to the news, which is the

of the article: On June 22, the Pokémon Company decided that this year

THERE WILL BE NO ROTATION

in the Sword/Shield format. And what does that mean? Simple: all cards in this block, from the Base Set, will still be legal for this year, as mentioned,

that have a “D” letter on the card. So, highly playable cards in competitive, for example, the Inteleon support lines (the Inteleon SSH 58 and Inteleon CRE 43) as well as its previous evolution, Drizzile SSH 56 and Sobble CRE 41, will remain in the format, for example, as an alternative to “Draw Power” for Trainers (which usually enter any deck), and for water decks, not only depending on Radiant Greninja ASR 46 that can still suffer disadvantages with the stadium Path to the Peak CRE 148, which nullifies the ability of Pokémon that contain a rule box, that is, Pokémon V, VMax, VUnion, VStar and Radiant.

Why will there be no rotation this year?

The justification for this was due to the pandemic that, due to delays and unforeseen events since 2020 (where it was the most comprehensive launch of the block), there were practically no tabletop championships and that, in a way, was harmful for players.

So, in fairness, Pokémon decided to balance this opportunity for players affected by the pandemic, but also align Westerners with the accompaniments of Japanese expansions, trying to gradually organize (from what it seems) the leveling of releases, both with the new generation of Pokémon (Scarlet/Violet — which the TCG will definitely adapt into cards) and possible rotations, taking it to early 2023. It is worth remembering, as an extra curiosity, that this is not the first time that this kind of situation has happened. In the Diamond/Pearl block there was something similar, but as I said, it's not usual.

Enjoy the deck you've put together with so much sacrifice in these two years, and be happy without having to despair to update the deck. Just be concerned about the new cards coming for the new expansions over the year, like Lost Origin in August and a possible new expansion in November 2022. 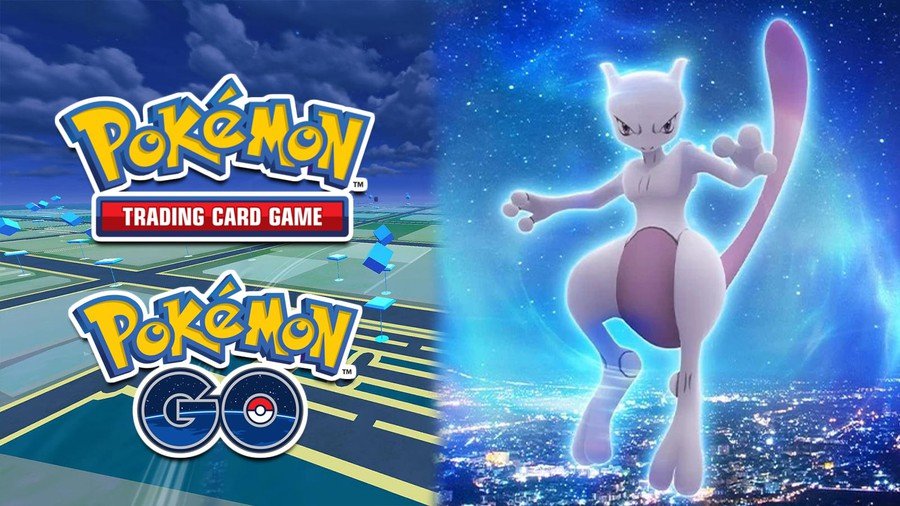